We have to give it to Saks for evolving to stay relevant with the times. It’s no secret that brick-and-mortar retail is a tough go. The likes of staple Lord & Taylor and iconic Barneys did not make it. But Saks — it’s got the formula. Part of that formula is having a restaurant that becomes a destination for more than just the casual shopper. That doesn’t mean creating a new restaurant but rather building upon an old favorite. L’Avenue at Saks is an offshoot of the famed L’Avenue in Paris. (The baked goods, before the pandemic, were run by another famed Parisian outpost, Pierre Hermé. While known for macarons, it has one of the best cheesecakes in the world, so we’re hoping the takeout bakery opens again.)

You walk into the dark and dimly lit entryway to L’Avenue, and it immediately evokes Hotel Costes in Paris. It’s no surprise, as it’s the same owners — Jean-Louis Costes and Alex Denis —behind the concept and the same architect, Philippe Starck. Their fingerprints are firmly implanted at the core of L’Avenue at Saks, which is why it was an immediate hit from the start. Once you emerge from the dark velvet, you find yourself in a sea of caramel serenity. L’Avenue is two floors, where the upper level is the buzzy place for those who lunch. You’ll find the bar filled with regulars and a supermodel or three dining in the main room. Downstairs is its version of an Alpine chalet, with bar, couches for lounging, a terrace and additional seating. Lunches downstairs are quiet, for those who want to bring a computer or have a more private setting.

As you know in New York, no matter how beautiful your guests or your space, you have to deliver on the food. That’s exactly what L’Avenue at Saks does. Everything from the herbed egg white omelet to the lobster pasta you’d want to eat daily. That’s why there’s a stable of regulars. The food at L’Avenue at Saks is straightforward but impeccably executed. It also has some of the best French fries in the city, which go perfectly with the king crab lettuce (you know, to offset healthy with a little decadence). When I miss Paris, I order the smoked salmon, which reminds me of afternoons at Hotel Costes.

The third component to the success of L’Avenue at Saks is the service. There is no pretense here whatsoever. The waitstaff treat you like a regular from your first visit. They are attentive and have genuine personality, not just that Swiss Hospitality School kind. If you do become a regular, it’s a little like Cheers, where everyone knows your name.

Overall: 8/10. This is a good daytime Midtown staple.

Where to Stay in Cambodia 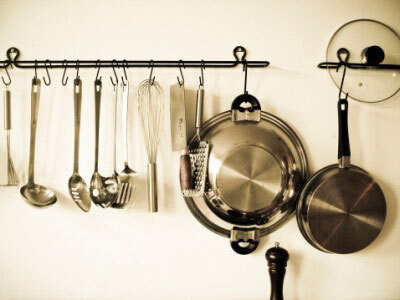