There are some hotels that make a place a destination. Welcome to the Six Senses Kaplankaya. Set on the Aegean Sea, this is where to go off-grid. At this resort, though, off-grid doesn’t mean simple or slow-paced by any means, unless you want it to. This destination, which is prime this September and October, has it all going on. (Just ask Katy Perry and Orlando Bloom, who visited this summer.)

Kaplankaya is a massive resort development across the Aegean sea from Bodrum.  This is a Six Senses hotel and residential development, that continues its Turkish coastline domination.  In the next five years, this will be a new Bodrum.  Its location though is optimized as it’s close to historic sites like Ephesus, one of the Seven Wonders of the Ancient World.  You can’t come to this area of Turkey and not pop by this 10th century BC ancient Greek city.

To call the Six Senses Kaplankaya operation a spa and gym is like referring to Tom Brady as a guy who throws a football around once in a while.  Or Meryl Streep as an actor who dabbles in film.  If there’s a more impressive wellness center in the world, we have yet to find it.  The complex is set over 107,000 square feet. When you arrive at the fitness center, you think you’re in an art gallery.  The double atrium lobby is filled with contemporary art and is bigger than 99.9% of hotel gyms.

To start, there are dedicated rooms for spinning, dance and yoga.  Finally a gym that understands that aesthetically pleasing can intersect with fitness.    There are squash courts, a ping pong room (that is a sport by the way) and an indoor basketball court. The cardio equipment and weight room are at the level you could train Olympians.  It’s enough to inspire anyone to work out at least once during a stay.  An entire vacation can and is made around fitness at Kaplankaya.

Next there’s the spa.  Six Senses is known for substantive internal change.  They get below the standard surface level rub your back treatments. On the ever-changing menu can be water therapy, sleep treatments and a yogic intestinal cleanse.

What makes this spa unique though from even the other Six Senses is the magnitude of the facilities.  There is a salt room, which is known to take out inflammation and heal energy.  They have an entire room of warmed stone loungers that put your body into a state of deep relaxation.  Even if you don’t have a treatment you can spend the day in the locker room and get your steam, sauna, whirlpool on. Don’t forget to stop by the hydrothermal areas, the Watsu pool, hammams and meditation cave.

The art gallery is a reason in itself to venture to Kaplankaya.  This is the scale of the Aspen Art Museum.  The works leave you wondering how this exists in a seaside town in Turkey.  Katy Perry and Orlando Bloom took their now famous photo at the infinity pool outside the museum.  Because you know, a world class gallery should have its own pool perched high above in the mountains where the sky meets the water.  There’s not enough room to describe how impressive this gallery is.  If you like art,  you just need to go.

The food program at the Six Senses Kaplankaya is comprehensive.  At the resort itself, they have three restaurants.  One is an all-day and night option that serves an international menu from traditional Turkish to American fare.  They have the best focaccia of your life at lunch.  It’s so good we had the chef share the recipe, coming soon on Galavante.  There’s also an Asian restaurant with sushi and Korean, Thai and Japanese inspired cuisine.  Closer to the sea is Meze, which serves exactly that and fresh seafood caught that day.

Away from the main resort there’s a beach grill and at the Art Museum, a Turkish/Greek taverna menu.  For five restaurants to operate during COVID is in itself is impressive.  The food is Six Senses healthy indulgent, and it’s doubtful there are ever any complaints.  Breakfast is a must with their traditional Turkish fare.  They fill your entire table with cheeses, meats, olives, yogurt, honey, breads and other daily delights.

The hotel wasn’t built as a Six Senses, rather a Canyon Ranch, so it doesn’t necessarily align with the new properties.  And by that we mean the hallways and layouts of the rooms.  However, they’ve redone the interiors and all have that understated, minimalist luxury feel.  This is the place to splurge on your room for a sea-facing suite.  The backyards have their own infinity pool and lounging area.  The room makes you want to stay in for a day and just decompress between spa treatments.

Well for a place where a lot of the staff is seasonal, it’s working in quite the seamless fashion.  The concierge is right on top of it, from start to finish.  Restaurant service is also notably professional yet genuine and warm.  They’re also fully staffed, which has been a challenge globally for hotels.  There are plenty of people to run around for you and make your stay especially memorable.

Where to Stay in Florence 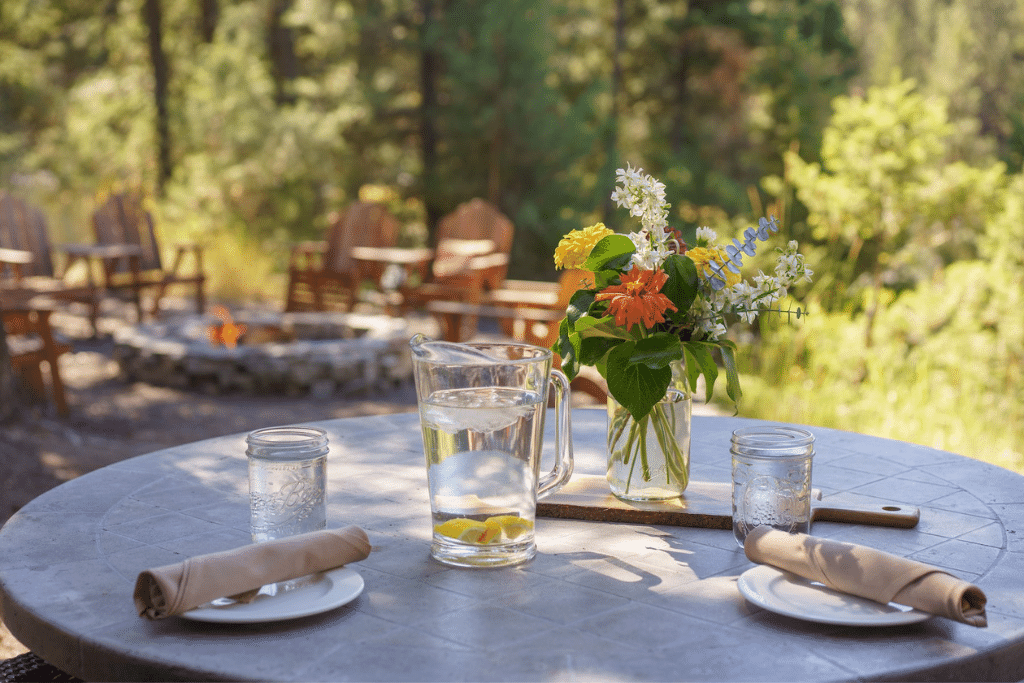