Sometimes it takes a global pandemic for a rebirth to happen. New York’s Meatpacking District is on its second, maybe third rebirth since it was defined by S&M clubs and things you just can’t unsee. The seafood-forward spot Mollusca is part of this renaissance,. We have the review.

Mollusca NYC is a collaboration between Alpina Hospitality Group and Eric Agababayev. If the menu and concept look familiar, it’s because Mollusca originally hails from Moscow.

Mollusca NYC restaurant is in the heart of the Meatpacking District, next to the old Bagatelle space on 1 West Little Twelfth Street. Mollusca’s angle is international seafood with a massive range of options that rivals the old Cheesecake Factory menus in number. But the variety of items is where the similarity thankfully ends. Mollusca NYC focuses on high drama with molecular touches in he drinks and cuisine, and a presentation that’s art.

The physical structure of Mollusca is fabulous; when it comes to the decor of the restaurant, it looks like no expense was spared. During the day the space is light-filled and a good spot to enjoy social gatherings or work lunches. In the evening, the dimly lit dining room and DJ music evoke a restaurant that turns to club, though it never quite gets to the latter. In our view, Mollusca NYC is one of the more beautiful restaurants to open in 2022.

The crowd, however, does not match the attractive space. It didn’t look like there was one New Yorker in the bunch when we visited. Maybe people from L.A., definitely people from New Jersey; everyone else was geographically ambiguous. We thought we spotted more than a few social media influencers, or at least people videoing the molecular-drink presentation. There wasn’t even a tier-two (or three for that matter) model running around.

Maybe part of the reason beautiful people don’t congregate at Mollusca NYC is that there’s no bar to socialize. Essentially the bar is a small, narrow countertop, where there isn’t even room to grab a bite. Overall, it’s is a shame the restaurant didn’t leverage the space better. So while I like beautiful places, I like watching interesting people even more. The crowd was so distracting that it was hard to fully enjoy dinner.

Not since Flex Mussels have I seen a menu with so many moules frîtes preparation options. My count was 34, and I’m still scratching my head about the M&M and caramel popcorn options. No I didn’t order them; and no, I probably never will.

To me, mussels are meant to be savory, and eaten with pommes frîtes and slices of a French baguette. The latter is a little odd at Mollusca NYC as they allocate you just two pieces. OK, it’s not like you need more bread than that with all the other carbs. However, it is a little odd to be so specific on how much bread you get with the order. This oddity goes along with the puzzling crowd that I mentioned above.

Beyond mussels, the seafood ranges from Japanese to Peruvian, with virtually everywhere in between. Mussels aren’t even the best things on the menu. The food is very good, bordering on excellent. The dinner menu is huge. I think there are over 100 dishes, including Japanese sashimis and sushi to French Dover sole meunière. The ravioli is one of the standout items here, filled with egg yolk and topped with truffle and caviar. The tagliatelle with lobster in a light tomato bisque is also noteworthy. Yes, there’s even Italian food on this menu. The chef in NYC is Italian-born, maybe that’s why.

If you like seafood and enjoy global food, you’re for sure going to find something to suit your tastes on Mollusca NYC’s menu. And it’s going to be beautifully presented.

The service was well-meaning at Mollusca, but there’s a disconnect between the kitchen and the front of house. Servers were attentive and had insightful opinions on the menu. But when things didn’t go right, they didn’t have answers or even good excuses. For example, I ordered a salmon for my main course. It didn’t arrive at the same time as my dinner companion’s food. I waited over 20 minutes and the server tried to explain it was because of the cooking time required. But of course that made no sense as the salmon dish I got was barely cooked. Lame excuses aside, Mollusca took care of it on the bill, and the staff attempted to make reparations with dessert.

Also of note, the host team tried its very best to accommodate us on our preferred seating. The whole staff was attentive and on their game. Service, just second to food, was strong.

I would come back here again for daytime lunch/weekend brunch. If you don’t care about the people-watching and are in a pinch for a reservation, Mollusca NYC can be your go-to spot.

Q: Is Mollusca open for lunch?

A: Yes, the restaurant is open daily for lunch and brunch, not just on the weekends. The hours of operation are

A: The atmosphere is grown up in the evenings, and intended mostly for adults. However, for daytime, if your kid is an adventurous eater, it’s family friendly.

A: This is where Mollusca shines; there’s plenty of room and it’s not too hard to get a reservation. Big groups can be accommodated. 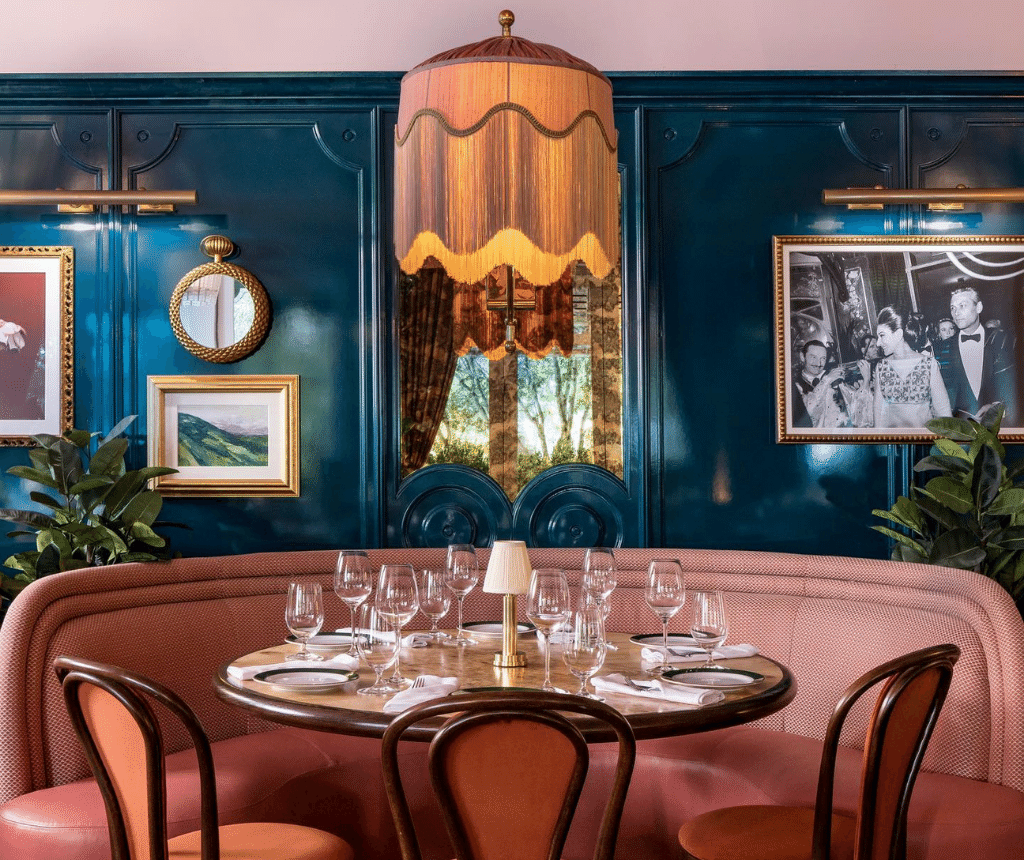