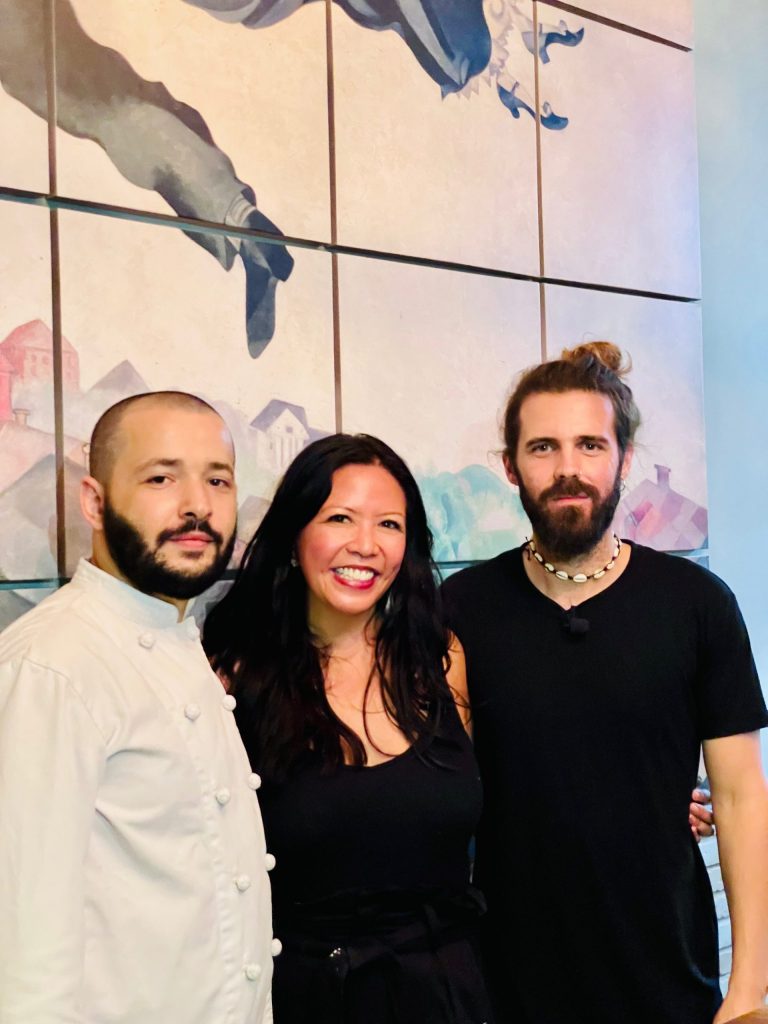 The Best Food in the World Is…

You know something is up when you ask your Russian friends what the best food in Moscow is. And the unanimous answer is, “Georgian.” And they don’t mean peaches, either. Georgia, which was once part of the Soviet Union, is renowned for its food and hospitality. Check out our cooking lesson on the ground at nouveau-Georgian restaurant Chveni. And yes, Georgian cuisine may just be one of the best in the world.

Chef Guram – A Samurai and a Geisha

Located in the capital city of Tbilisi, Chveni is the project by renowned Chef Guram Baghdoshvili. He’s otherwise known as the Gordon Ramsay of Georgia, which may just make him more legit than Gordon himself. But when you scratch the surface with Chef Guram, you see that he’s much like the tattoos that cover his arms. On the outside, you see a samurai because he’s a warrior. He’s built an empire and is a luminary of the food world, and you don’t get to his level unless you’re an unrelenting perfectionist. Once you get to know him, though, you see on the inside of his arm a Geisha tattoo. Surprisingly, and refreshingly, inside he has a softness and kindness. He’s one of the real characters you hope to meet on your travels. With his talent, it’s no surprise that he focuses on Georgian cuisine, which is one of the best in the world.

At Chef Guram’s restaurant Chveni, which means “our,” you are transported to something like New York’s East Village. The garden, always full of guests, is low-key and casual. It’s a welcoming place where you want to be a regular. Georgians are one of the few nationalities who regularly leave home to eat their own cuisine. They love their food because Georgians just may have the best food in the world. This is partially because Georgians are passionate about food and hospitality. There are only a handful of places on earth where the people are so genuinely generous. The food, whether you’re in a private home or in Chveni, is made with love. That’s what shines through, making Georgian cuisine perhaps the best food in the world.

At Chveni, they take traditional dishes and level them up with a modern take. For example, the familiar Georgian salad of tomatoes, onions and herbs gets the addition of pomegranates. Khachapuri, which is one of the best things you’ll ever eat, and inadequately described as pizza, is grilled with a mint pesto. Additionally, the cheese at Chveni is from the restaurant’s own cows, affectionately called “The Spice Girls.” Because of this attention to detail and dedication to the craft, Chveni stands out.

At our cooking lesson, Chef Iveri and Chveni partner Pedro guided us through three classic dishes. First was the elarji, which is a traditional Georgian polenta with cheese. Chveni’s version is deep fried into croquettes and placed atop a savory sauce. Of course, the famed khachapuri was on the list, and lastly, a dish called khinkali. Khinkali are beloved Georgian dumplings, and it’s an art to form them beautifully. You will practice again and again to get at least 20 folds into these mini dumplings filled with traditional meat. Chveni makes its own with peppercorn cream sauce, which you will want to drink straight from the bowl. So let us introduce you to Georgian cuisine, one of the best the world has to offer.

You love their hotels in Italy.  The Orient Express is on your bucket list, to get your Agatha…
Read our review

The Review: The Miami Beach Edition

Well, we can confirm with the full hotels and over-the-top pricing, Miami is as hot as ever.  And…
Read our review