When in LA, you can count on a few things. Sunshine. Avocado toast. Impossibly fit people. And celebrity sightings. Everyone comes here: this is Hollywood, land of dreams. And if you’re going to get the full LA experience, Katsuya Los Angeles is on the list for the scene. But how’s the food? This is the inside scoop.

LA has some of the most fresh fish possible, so it’s no surprise that at the right places, the sushi almost melts in your mouth. My issue with LA sushi is that in this town, some of the best sushi places are located in strip malls. Paying a lot of money for a low-frill experience has always seemed incongruous to me. I know that the most authentic sushi in Japan is in austere, bare-bones rooms where there’s a reverence and hush because the focus is the art of the food. And I respect that, but is there a compromise of good quality fish and a bright, attractive sushi place? Let’s hear it for Katsuya, which has three locations: in Los Angeles, Brentwood, and Hollywood. Also notable is that a Katsuya recently opened in Miami, and word has it that it deserves to be on the Where to Eat in Miami Now list.

Philippe Starck. ‘Nuff said. The issue I take with LA sushi in general doesn’t at all apply to any of the Katsuya locations. Each locale has a sleek, modern decor, and uses lighting to set the scene. Brentwood is the most elegant; here, tech founders, Hollywood celebs and people looking to be discovered converge. It’s also the location that is less of a scene on the weekends. For that, train your sights on the Hollywood Katsuya, where the scene is young and there’s a line out the door. Maybe it’s a little too fun and trends towards the younger side, but hey, sometimes you want to live a little. The Katsuya Los Angeles location is preferred if you’re in the neighborhood; I don’t know if I would recommend going out of your way. But it’s good to know that the LA Katsuya, too, covers all the bases. 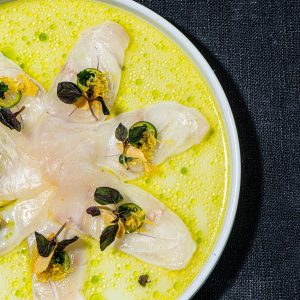 The Katsuya atmosphere is equal in importance to the food, if you’re in a sushi state of mind. The people, especially the waitstaff, are just as pretty as the sushi bites. The atmosphere here is the opposite of a hushed reverence. This is where you go to enjoy a big dinner with friends, or to grab a bite with your significant other. It’s where you feel more than comfortable enough to indulge in a few cocktails while you indulge in the food. 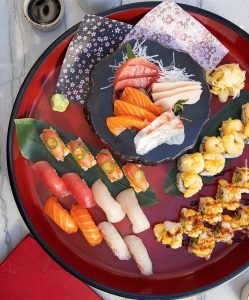 Nobu, Matsuhisa, and Katsuya — they’re all birds of a feather. With all due respect, Katsuya’s food is a half-tier down from Nobu and Matsuhisa, but it’s not really decipherable to the naked eye. The crispy rice sushi topped with tuna, the rock shrimp tempura and the crab handroll are all A-ok and hit the spot. And yes, the waiters will serve you a California roll without any judgment. In fact, the California roll is solid, with real crab. A staple on the menu is the very tasty yellowtail jalapeño. When it’s available, the king crab tempura in ponzu sauce shines. Every bite pairs perfectly with the right amount of vinegary red onions, jalapeño, and cilantro.

For a place this cool, the service at all three California Katsuya locations could hardly be nicer. The hosts are used to VIPs moving around reservations and dropping in without one, and expertly handle changes. As for the servers, you’re in LA so expect everyone to be an aspiring actor or model. You name it in entertainment, it’s on staff at Katsuya. There is a nice humility in these folks, and you’re cheering for all of them to make it big.

Christine Drinan, Founder When the guy who co-founded Studio 54 (Ian Schrager) opens up a hotel on Sunset…
Read our review

A Luxury Hotel in Brazil

There are some hotels that stay with you for years, maybe forever. Enter Ponta dos Ganchos Exclusive Resort,…
Read our review 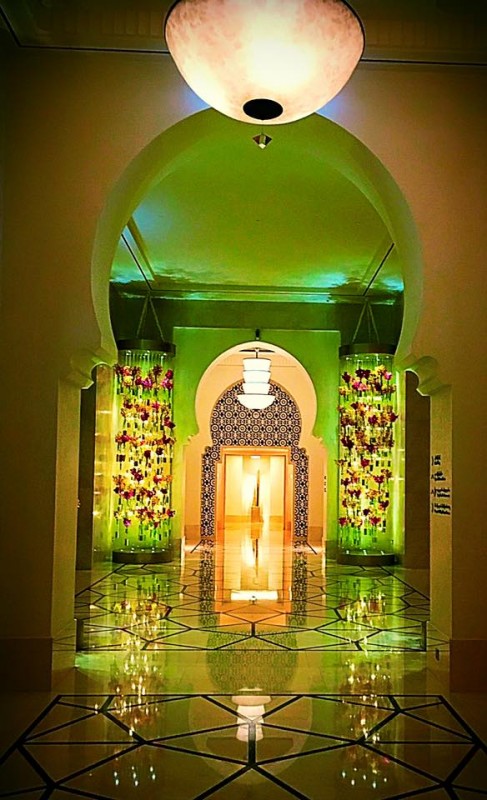 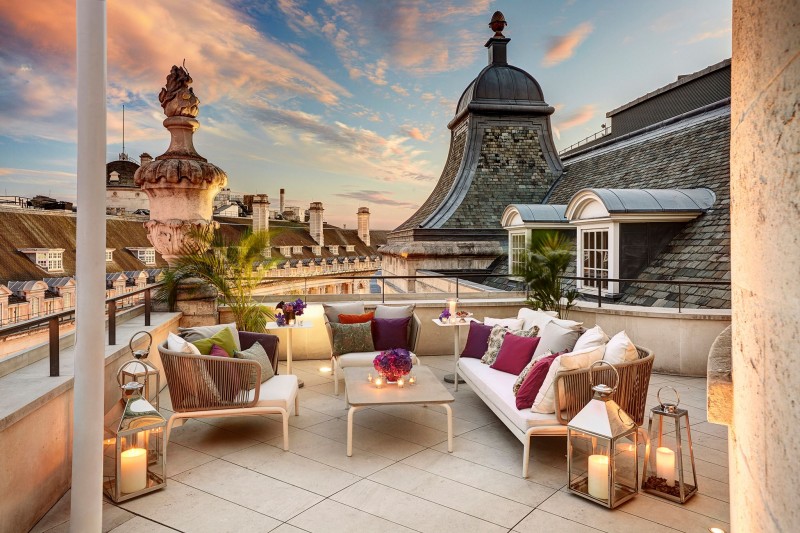